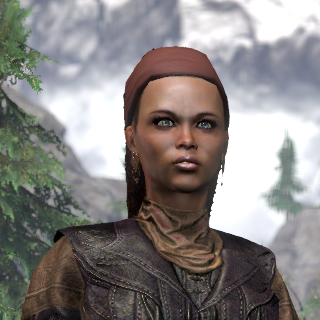 This edition spotlights a long term member of Vanquish. A very friendly and helpful guy you will find regularly participating in many Vanquish events. It is my pleasure to introduce xrist04.

Please tell us your main character’s name and class and any alts you enjoy playing regularly.

Oh, there are so many! I’m an irredeemable altaholic, because I love figuring out how each class works and finding out their strengths and capabilities. As of now, I have magicka and stamina versions of each of the six classes along with a few health tanks, plus a few specialty weirdo characters that I enjoy playing just because they’re different. The character that’s gotten the most playtime in 2020 is Coffea Arabica, a Redguard stamina warden.

Coffea Arabica is spec’ed for bow/bow, so she’ll never be on the top of a DPS list. But she’s very mobile and very fast on her feet, and she’s able to do some utility group heals which has helped in more than a few pinches. She’s also maxed out for Antiquities, so she is always digging up something new and trying to drag it into the house!

Lots of people have asked me about my @ name. It’s true, when I got started with ESO back in 2014 I didn’t realize how publicly visible the account name was going to be. I wanted an account name that was globally unique, and was easy to type, so I selected this one. The story behind “xrist04” is that it’s a representation of my real name (Christopher). If you pronounce the “X” like the Greek letter chi (think like “Xmas” for Christmas), and the “04” part as “oh-four,” then you get CH-rist-oh-four. It’s always pronounced as “Christopher,” instead of “Ex-wrist.”

We all know fashion is the true endgame, so please tell us a little about the outfit your character is wearing.

(Laughs) I’d have to ask, “which character?“ My ice witch Isertia Snøheksen is wearing Frostcaster, but dyed with the brightest white that I can find (Julianos). The vampiress Valencia de Balfieri (magcro) alternates between an Orc Wise woman costume for relaxing indoors and a Court of Bedlam costume for battle. I’m a big fan of using racial armors that match a character’s race or origin story. That’s why you’ll usually see my Argonian tank wearing Elder Argonian armor, or my Breton thief wearing Breton style clothing. For me, it helps to deepen the immersion when I’m playing.

What content do you enjoy most in ESO and with Vanquish?

I really love it all. I enjoy trials, dungeon runs, PVP (although I’m not very good at it!) and solo play. My Bartle profile is primarily Explorer, although I have some significant influences from Achiever and Socializer as well. (Bartle Taxonomy of Player Types)

Without a doubt, it’s the richness and the depth of the world which the developers have created in Tamriel. Like many other players, I’ve been a huge fan of the Elder Scrolls storyline, going back to Daggerfall and Morrowind. The amount of detail that’s been included in these virtual worlds is staggering. Politics, history, languages and religions are all included, and at significant depth. When I heard that Bethesda was entering the MMORPG market, I couldn’t wait to buy the game!

First MMO was Ultima Online in 1997, then EverQuest in 2000, then EverQuest II in 2004. I played Dark Age of Camelot, Vanguard: Saga of Heroes, Warhammer Online, Lord of the Rings: Online, RIFT and many others. Over all that time, the most memorable character was probably Radyn Truthsinger the bard, from EverQuest. I have a portrait of that character done by the fantasy artist Terese Nielsen. For me, the unifying theme from all of those games is Doing Things Together. You know, when you leave a game like these, the only things you can take with you are your memories and your friendships!

I joined Vanquish back in 2015, not long after the game started in 2014. I had been a member of an excellent guild called Shadow Company (under Commander Bugbig) back in EverQuest, Warhammer and LOTR:O. I first met Oakos in Shadow Company, so when I found out that he was captaining an offshoot of SC in ESO, I applied to join. Best move I ever made in ESO!
Helvius di Medici - first character in ESO created in 2014

Oh, there are so many! First dungeon run, hitting VR14, first Trials win - all of these were significant for me, personally. But the most memorable moments are the times we spent Doing Things Together. I remember the first time Oakos jumped off a cliff, and challenged the rest of us to land on top of his corpse. Hilarious fun! It wasn’t until later that someone called it, “Lawn Darts.” I remember the drunken PVP. I remember the parades through town. I remember crashing the server with too many paraders! I remember Duck’s monumental labor on the first Christmas play. I remember Savina’s random acts of kindness. I remember during a holiday event someone in Zone chat trying to buy a Kuta rune, and Savina getting everyone on VNQ that was online each to send the guy a Kuta. I remember he was so blown away by this that he applied to join Vanquish. So many memories! I can’t wait to see what we make happen next.

For me, it would depend on the character being played. For example, i think it would be way cool to have a large, ornate, jeweled scepter that my Argonian tank could use as a two-handed mace. I’d like to have a visible representation of the Blade of Woe that assassins could carry on their hips. I’d like to have a telescoping, clockwork greatsword that expands when drawn (that’s what she said!). A dagger that drips poison? A warden staff that flowers?

I’m in my early sixties, with kids who have kids who play the game. I’m married to a wise woman who’s a writer for two gaming companies, working on upcoming titles. I’m a former professional musician, now just a weekend warrior in a dance band. I’m a lover of puns and wordplay, and I will drop what I’m doing to help someone else out.

Savina 136d ago
I love these "Member Spotlights"!!! Thank you Xrist04 for taking the time to open this window into yourself for all of us to enjoy.

Your dedication and loyalty to Vanquish members over the years been a contributing factor in making Vanquish what it is today. You are indeed a long standing pillar of the community that has stood the test of time!! In your early 60's?? Really?? This I never would have guessed, you are so very young at heart.
2 Likes

Hemlock 136d ago
Great read and hello fellow UO/EQ'er! I'd love to see the portrait of your Bard.
2 Likes 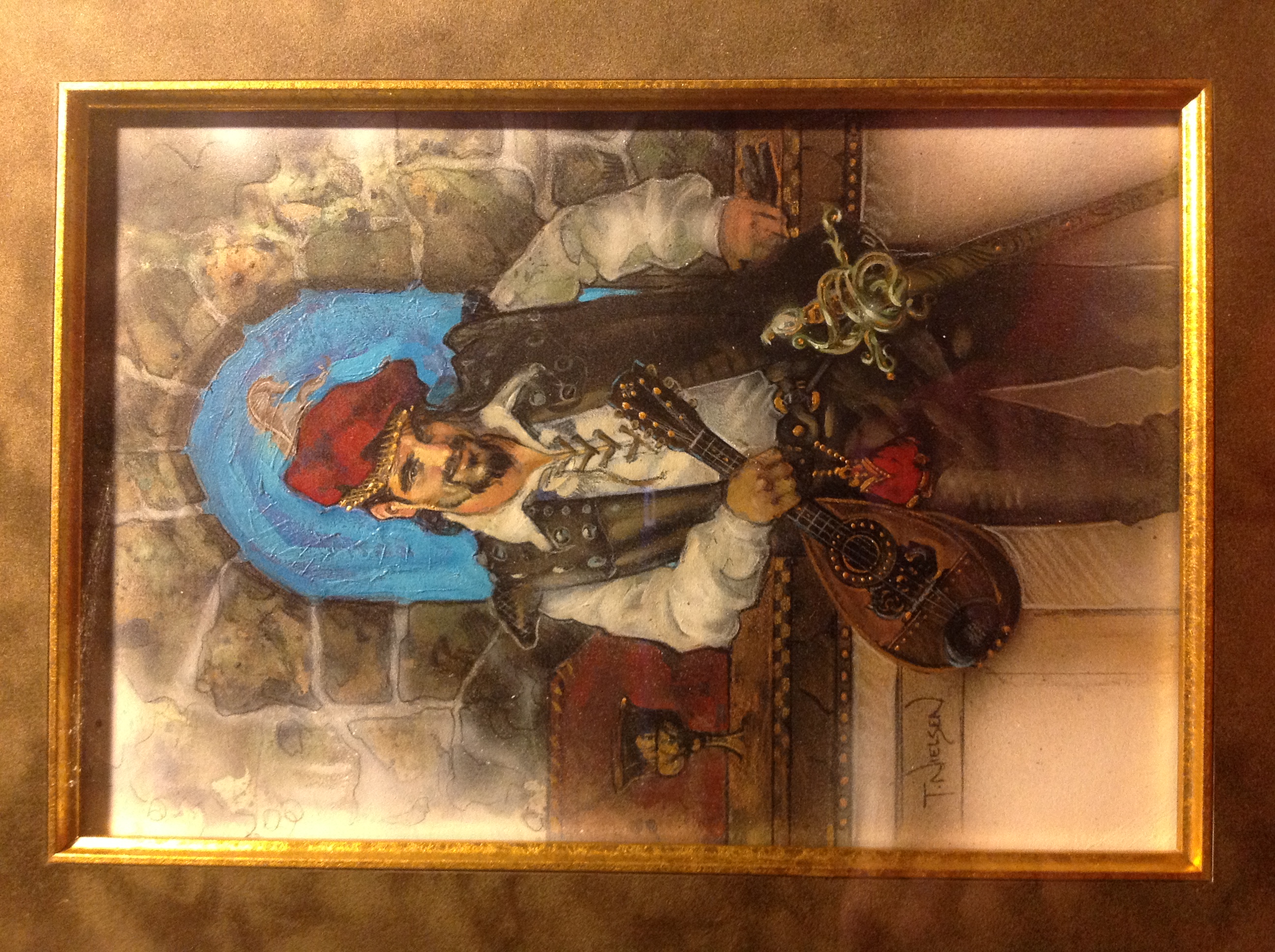 Hemlock 133d ago
Oh my gosh, that is fantastic. What a wonderful keepsake!
1 Like

xrist04 132d ago
Yeah, It was a gift from some former players who became some of my best friends. I was thoroughly blown away.

Terese is pretty special. You can see more of her art at her official website.

Hemlock 132d ago
Ah she did art for Magic the Gathering! That's where I know her name from. How special. I know what you mean, some of the folks I played EQ with 20 years ago are still some of my best friends to this day.
0 Likes

White-Willow 135d ago
It's so much fun learning the little things about other players. Like I'll now start saying "Christopher" to myself when I see "xrist04". Also learning that my age (64) isn't so unusual.

It's good to know you, Christopher.
Thank you, Savina, for doing this.

Savina 135d ago
Josie is the one that sends out and post these "Member Spotlights". I see them when Josie post them for the first time.
0 Likes

Rose Mackie 135d ago
Thanks for sharing ... both here and in-world. So good to learn more about our guild family members. Big Thanks and virtual hugs to Josie and to xrist04. P.S. My grandma's name was Josie ... always a soft heart for that name.
1 Like

Creakinator 134d ago
Nice to know more about you.
1 Like

Lenore 105d ago
Awesome read! Love learning more about our family members! I really enjoying playing with you. Thank you very much for all you do to make playing here fun!!!!!
0 Likes
Page 1