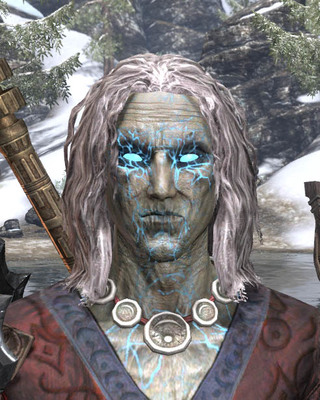 This Member Spotlight shines on Foon, as we learn a bit more about “Vanquish’s best listener.” Foon has been with Vanquish just over 2 years, and participates in many of our “Discord Required” events, yet we have never heard a word uttered from Foon. Daily proof that we really mean it when we say you just must listen. An outstanding listener, with sharpened and perfected typing skill that we often see in guild or group chat that reveals to us just how funny and/or charming Foon really is.


Please tell us your main character’s name, class and any alts you enjoy playing regularly.

“Phoon the Hairy”, Sorcerer. Recently started a Dragon Knight Tank, “Fizzing Ointment”, had never done tanking in ESO before, quite a different perspective. “Neptune’s Owl”, a Sorcerer of the correct faction for FnF. “Gloon From Cave”, a Templar Healer who appears occasionally. Did make a Necro at one point, “Mist From Beyond”, but oddly the way the skeleton keeps disappearing bugged me; Up and down, up and down, up and down. Couldn’t get into it, may try again.😊

Does your @ name and/or character names have any special meaning?

Thinking of how @Pale_Algae happened, the lichen growing on the oak trees outside pops into my mind. It’s color is like a lighter version of the Crayon Color “Sea Foam Green”.

It is an attempt to carry on a name from other worlds, Foon. This was taken, Phoon was taken, didn’t want to go with 3 O’s so made an addition based the healthy head of hair he sports.


What is it that drew you to ESO and what about the game do you enjoy the most?

Initially checked it out in 2014, had the current guild move to it from another MMO. Back then the game had yet to make many of the improvements it has since. There was way too much getting split from friends when entering instances, made me kookoo. So, I left. But then many years later when looking to change MMOs we got good reports about ESO from friends who were currently in. And so, joined up once again. I think the most impressive thing is that it has so much content, and regularly continues to add more.


When did you join Vanquish and why did you choose Vanquish, what drew you to the guild?

In ESO we had a small guild with just a handful. Needed to be part of something bigger to enjoy the game properly. Somehow Taeve found Vanquish which was extremely fortunate. What a fantastic guild. 😊


What has been your most memorable moment in Vanquish so far?

Having trouble picking one thing out, but do keep returning to the Christmas play, I don’t think I’ve ever seen such a thing in an MMO before. Remarkable.

Usually on 2 hours or so in the evening, and also briefly in the morning. Enjoy almost all the kinds of content, especially with the Vanquish events: Take the Pledge, FnF, Trials, MnM, Udt…


Tell us a bit about your past MMO experience including who and what was your favorite character ever.

Favorite character ever would be Foon, a Mage in Rift. Rift classes (callings) were my favorite design of MMORPG characters. Each had multiple “souls” that were combined in combinations of 3. For each class these included DPS, Healer, Tank, and Support. So every character could do everything (not at once of course). You had to switch, and switching roles on a character was an empowering feeling: DPS, switching BOOM now I’m a Healer, switching BOOM, now I’m a Tank. Not a big alt person so this really fit me well.


We all know fashion is the true endgame, so please tell us a little about the outfit your character is wearing.

Phoon usually wears a disguise acquired long ago on some quest to make him look like a “servant”. I like the way it seems somewhat modest but also a bit like a crazy person who lives deep in the woods. I think I will investigate the outfit stations at some point.


Do you enjoy crafting in ESO? What crafts or craft related activities have you spent the most time on?

At first I didn’t, but did it anyway because of the potion duration extension in Alchemy. Eventually I did end up doing all the crafting and now enjoy taking a few minutes running through the daily writs (on one character).


If you had to choose one weapon what would it be? A sword, a bow, a staff, a rabid raccoon tied to a stick, or something...more creative?


Is there anything else you would like to tell us about yourself?

I live beyond mountains, on the shores of a bay. Ravens circle overhead, their melodious voices making a mockery of the crow’s caw. I think they are the greatest bird.

Oh, also want to thank my Trial Leaders, and fellow Trial Members for putting up with me only listening and not speaking. Appreciate it very much, I know it can make things more challenging at times.


Finish this sentence: "You round the corner passing by the Officers barracks and come upon a heavy wooden door, the sign posted above reads “Savina, Guild Leader of Vanquish”, upon opening the door you are surprised to find...

… a monstrous toad, larger than the Greatest Sea Sload, has swallowed Savina, and all the leaders of Vanquish! Among our ranks strategies of attack are discussed, in the end we settle on Shell’s plan: Using a trail of Peeps the Toad is lured to the base of great cliff, there it gorges on the confections unaware that high above all remaining Vanquish members have gathered. Now we leap! Human missiles, swords, spears, spells, all pointed directly down as we impact; our bodies spattering against the monsters hide which at last splits open. A strange blue glow comes from inside the dying beast and from within emerges…

You can find a list of past Member Spotlights HERE

Savina 73d ago
Thank you Poon for taking the time to share with us. You are an amazing member and this was a great interview!
0 Likes

Hemlock 73d ago
PHOON! Thanks for sharing, always fun running with you.
0 Likes

Santaniko (@Santaniko) 72d ago
I am a fan of the entity known as Phoon. Reliable, great sense of humor, and a fine player! Cheers, entity - a fun read!
0 Likes

Duck 72d ago
This is great. I almost spit my coffee out when the Giant Frog ate all the officers. LMAO. And Shell, being brilliant, leading to a cliff with marshmallow peeps. Thank you Phoon for your responses and a little bit of laughter.
0 Likes

xrist04 72d ago
One of my favorite players! Great to hear more from Phoon!
0 Likes

Pale_Algae (Phoon, Neptune's Owl) 72d ago
Ty for the kind words! Glad you enjoyed reading it, I had fun writing. :)
0 Likes

Lenore 71d ago
I really enjoyed the read Phoon! You write really really well! Could do some fun Sci fi I believe! I would read your books! You're awesome as a guild mate!
0 Likes

A Sassy Fairy 71d ago
Thanks for Sharing Phoon. Shell's plan always works😊 I always think when in doubt jump off a cliff 😈
0 Likes

Vastra-that_shines 16d ago
i also loved reading this and anxiously await the day when i hear your voice and figure out what celeb you are. *wink*
0 Likes
Page 1